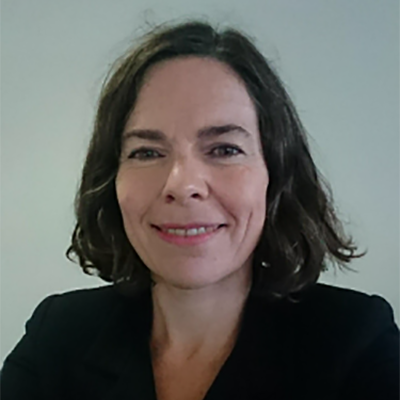 Erika Lewis was a founding member of London Government, moving from the voluntary sector to join the set-up team in the London Development Agency in April 2000. At the LDA she delivered regeneration programmes across London, in particular working with the Finsbury Park Partnership and on the Olympic Park delivery programme. Subsequently the Director of Strategy at the LDA, she was responsible for the development and delivery of the Mayor’s Economic Development Strategy.

In 2012, Erika became a Project Director at the Competition and Markets Authority where she delivered two merger investigations and led the Private Motor Insurance and Energy Market Investigation. Moving to the role of Director of Governance and Performance, Erika set up the CMA data, digital and tech team.

Erika joined DCMS in 2018 to deliver the National Data Strategy, in addition she was responsible for Data Policy and Ethics. After leading the ‘No-deal’ data team, she moved in October 2019 to the role of Director, Cyber Security and Digital Identity where she leads on the economic support for the cyber sector, the development of security approaches for consumer IoT, the government work on secure Smart Cities and Digital Identity in the economy. In 2020 she also led for DCMS on the Covid-19 response package for the Voluntary Sector.